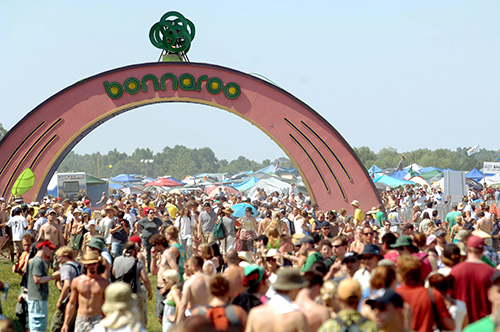 Everything you need to know for Bonnaroo 2019

The end all be all large greenfield gathering festival is headed into it's 18 year of awesome Tennessee style spring music festival season. With new features this year, more space, and some incredible headliners like Beach House, Cardi B, Odesza, and the Lumineers, Bonnaroo 2019 is SURE to not disappoint.

Evil Tickets has been selling Bonnaroo tickets since our creation in 2017 and we have been a top seller every year for sold out tickets. Shop the Evil Tickets Marketplace for the best deals on Bonnaroo 2019 tickets at The Great Stage Park in Manchester, TN.

How Much Are Bonnaroo 2019 Tickets?
Currently, the official Bonnaroo ticket site is completely SOLD OUT. Lucky for you, Evil Tickets has the cheapest 4-day passes to Bonnaroo found anywhere online starting at $295 with the lowest fees anywhere online.

How To Get Cheap Bonnaroo Tickets
Now that the festival is right around the corner and the primary ticket markets have sold out on all tickets and passes, the best way to get the cheapest tickets to Bonnaroo 2019 is by shopping secondary ticket marketplaces like Evil Tickets.

BUT, unlike most other major marketplaces, Evil Tickets does not add additional markups to pay for marketing costs and we pass those savings along to you as the consumer to provide the absolute cheapest tickets to Bonnaroo 2019 available. Long live the Roo!

The 2019 Bonnaroo lineup has been announced. Here is the complete 2019 lineup:

For the complete Bonnaroo 2019 lineup including stage times and dates visit the official 2019 Bonnaroo site.

Where Is Bonnaroo 2019: The Great Stage Park in Manchester, Tennessee.
When Is Bonnaroo 2019: Thursday June 13th - Sunday June 16th.
How’s the weather? The Rio is looking like it might be a little rainier this year than years past so plan accordingly! That means all of your favorite fest gear but this also means to pack those ponchos, warm socks, long pants, hoodies, and plenty of changes of warm dry clothes. Temperatures are expected to be between 77 and 88 during the day and overnight lows down between 61 and 67. Keep an eye on the extended forecast before you leave town right here.
Subreddit: /r/Bonnaroo/
Median price for sold festival passes in 2018: $295
Buy Bonnaroo 2019 tickets