If there is one city in the Pacific Northwest that’s associated with under-the-radar music, it’s Seattle. Few cities have built such a unique music scene or churned out as many talented (and diverse) artists.

Pearl Jam, Nirvana, Jimi Hendrix, Fleet Foxes, Mackelmore, Pedro the Lion, even Kenny G and Sir Mix-a-lot; all of these icons got their start working their way through the music venues of Seattle.

If you’re planning a music-oriented vacation, or you just need something to fill your time while you’re visiting, you can’t do much better for fresh music than Seattle!

Perhaps the most famous venue in the city, Neumos has hosted some of the most popular bands in modern rock. From the Shins to The Yeah Yeah Yeahs, Neumos is immensely popular for good reason. It’s got pitch perfect acoustics, plus a talented tech team that more than compensates for the lack of size.

At Neumos it’s all about intimacy, which is why the world’s most famous indie bands choose the venue when they roll through Seattle. 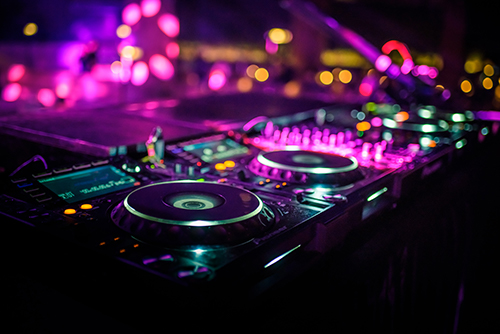 Small and intimate, just the way we like it. It's famous in Seattle for a reason, and not only a…

The Showbox at the Market

Located just across the street from the world famous Pike Place Market, the Showbox has been open since 1939.

Over the course of its decades entertaining the Seattle scene, the venue has hosted everyone from Duke Ellington and the Ramones to Pearl Jam and Macklemore. The innovative space features two bars and plenty of viewing space for even the shortest concertgoers.

Once the launchpad for Seattle’s grunge movement, in the years since, The Crocodile has become the city’s premier stage for hip-hop talents as well as a who’s who of the music scene’s most innovative newcomers. Ben Harper, Alabama Shakes, Bombay Bicycle Club, Social Distortion and so many more flock to the Crocodile whenever they’re in town thanks to the venue’s rocking bar and it’s wonderful pizza.

SPIN Magazine once called Seattle’s Columbia City Theater the “city’s finest sounding room.” First opened in 1917, the beautiful, historic theater has hosted everyone from Ella Fitzgerald to Jimi Hendrix. In 2010, the Columbia City Theater completed a state-of-the-art overhaul that makes it not only one of the city’s most gorgeous venues, but also one of its most acoustic-friendly.

Hunting for Music in Seattle

Even if you don’t have the cash or the inclination to hit one Seattle’s big, celebrated theaters, there are still dozens of places to catch some of the best local bands in the nation (and probably the world). No matter what genre you love, no matter what digs you like to love it in, Seattle has some place waiting to be discovered. All you need to do is look.

Browse EvilTickets for tickets to concerts in Seattle, even if they're sold out on other websites.

LOOKING FOR A TICKET OR HOTEL?